YEU Cyprus in collaboration with Kyrenia Youth and Resource Center GIGEM organised a National Training Course on Human Rights Education, for primary and middle school teachers from both communities called “A Peace of Us” funded by the Council of Europe. The project had two phases: 5th – 6th of May and 26th – 27th of May, both phases were implemented at Ledra Palace Hotel in the Buffer Zone which brought together 27 teachers and professors originating from both communities of Cyprus. 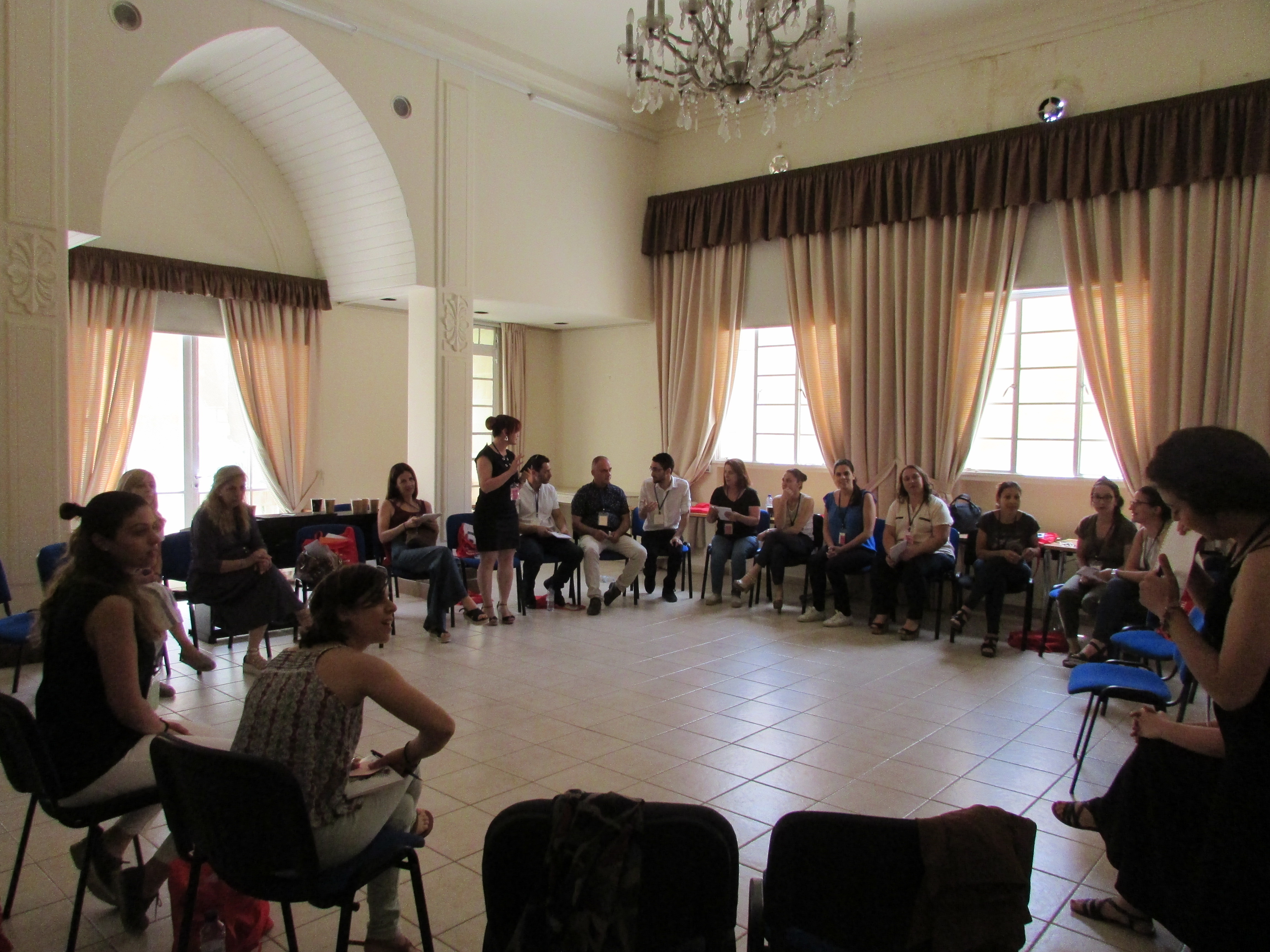 The aim of this training course was to cultivate a culture of human rights, peace and understanding between the different ethnic groups of Cyprus, focusing on teachers/professors and youngsters aged between 7-14 years old. We achieved this by educating 27 teachers/professors and youth workers from the Greek Cypriot and the Turkish Cypriot communities of the island on the topics of democratic citizenship, human rights and peace education. Following their training, participants organized and will organise similar activities in their classrooms, engaging children aged 7-14 years old. Throughout the workshops, professors and teachers of Turkish Cypriot and Greek Cypriot schools became familiar with Human Rights Education as well as with non-formal education (NFE).

This training is the first one done with the use of COMPASS and Compasito on the topic of human rights and peace education in Cyprus involving schools from both communities. The goal of the programme is to develop knowledge and understanding of the differences among the two ethnic groups, while building mutual respect for human rights and encouraging the dialogue among the two communities.

In doing so, trainers Stalo Lesta, Cihan Kilic and Nantia Kornioti used the two tools on Human Rights Education, COMPASS and Compasito, to promote human rights, democratic citizenship and peace education. During the training activity, they organized workshops, on the use of the manual Compasito and teaching methods for primary school classrooms and on the manual COMPASS and teaching methods for middle school classrooms, thus providing participants with the knowledge and support needed for them to organize workshops in their class on human rights, citizenship and peace education. Our long-term objective is for our participants to carry out these activities independently in the following academic year after the training and to involve more professors and schools.

During the training course we had three guest who contributed to the success of the programme due to their knowledge, skills and experiences. Mr Menelaos Menelaou, the Executive Director of the Youth Board of Cyprus and representative of the European Steering Committee on Youth, joined our programme and presented the organisation. Furthermore, Mr Marius Jitae, representative of the Council of Europe, attended the first phase of our training and presented us the opportunities of the Council of Europe as well as the No Hate Speech movement. The third lecturer, Ms Nataly Alkiviadou from the NGO AEQUITAS who works with Human Rights Education, visited us and explained us the importance and its benefits of such awareness through the presentation ‘New Opportunities and Challenges for Human Rights Education’.

It is worth mentioning that each working group in the training was mixed, involving teachers, professors and youth workers from both communities. Participants have received a certificate of attendance and copies of COMPASS and Compasito for them to train other interested teachers/professors within the next academic year.