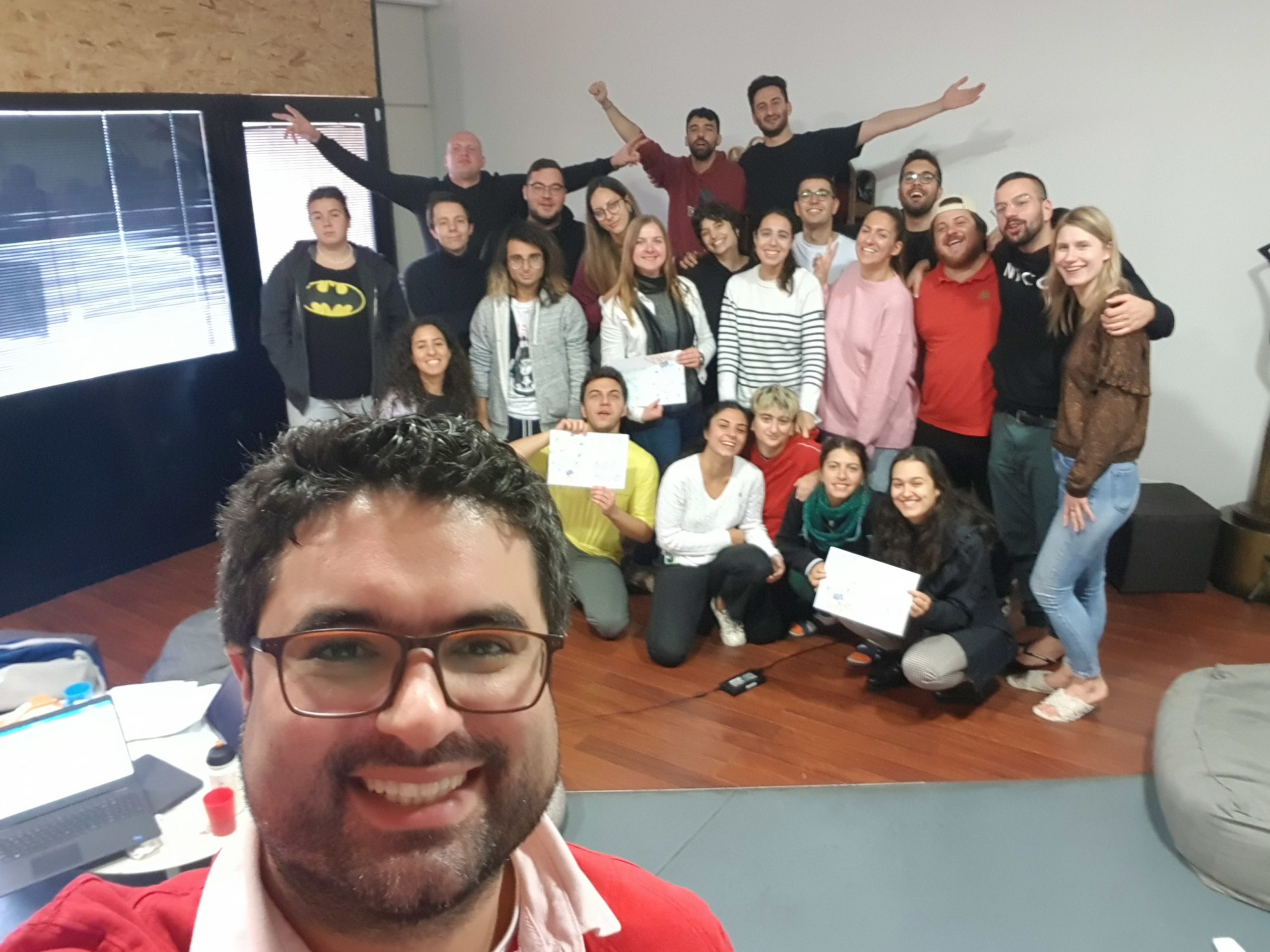 Youth of the Future, a Portuguese NGO, had the lovely opportunity to host an Erasmus+ Training course. This took place between the 27th of October until the 4th of November, hosting participants from Cyprus, Greece, Bulgaria, Italy, Spain, Latvia, Turkey as well as from Portugal. The project was about Green Entrepreneurship, and took place in Coimbra.

The project not only taught and affirmed definitions and expressions regarding the theme of Green Entrepreneurship, but also served to inform the participants methods of funding, start-up culture as well as tools of sustainability.

One of the most successful activities was a debate between two teams. The two teams were given a phrase, often triggering, about green methods and sustainability, and said teams were given ample time to argue. This was fascinating, as often participants had to argue for positions they didn’t actually believe, which made everyone understand other points of you on the same topic. Another popular activity was actually creating participants own start-ups and asking 3 business “angels” for funding. This was in fact a reference to the American TV Show “Shark Tank”, whereby the investors would be given equity, in exchange of funding. This turned out to be a very realistic activity, because the conversation didn’t stop at just the idea and the initial funding, but also how the company was intended to grow 3 to 5 years later as well. Advertising channels and target groups were also discussed, which made the activity that much more believable.

Aleksandrs, a Latvian participant was asked what he felt to have learnt about green entrepreneurship. He promptly responded with “I learned, that if you want to think green, than you should think worldwide, because every country have their limitations, experiences and tasks. Also I learned, that being green starts with small things – recycling, save energy and resources, and so on. Also I learned that people are very picky so your business ideas should be very considerate and thought thru. Also that green means a lot of things – sustainability, attitude, work ethic, helping nature and more.

During the activities we had the opportunity to improve lots of skills as Iliana told us “I improved the most my social skills like networking, team playing and balance between work and party. I also moved slightly past my public speech anxiety and learned to work in collective of international people from different cultural and linguistic backgrounds”.

After the project everyone, in numerous ways, improved their selves in many aspects and enriched their knowledge. We can actually say that after taking part in the activities we are more aware about what entrepreneurship and sustainability means and how they can be applied to a real situations and this will be something useful to know in our lifetime to be more aware about the world around us.

This Digital Playbook is designed for NGOs, Youth Workers and individuals to give them the knowledge to  develop appropriate tools, skills, know-how, and attitudes (SKAs) to provide green entrepreneurship education services to young people interested to become “greenpreneurs”, This guide was realized within the Erasmus+ Training Course project “Go Entrepreneur, Go Green” promoted by Youth for the Future and with the collaboration of the partners of the project.