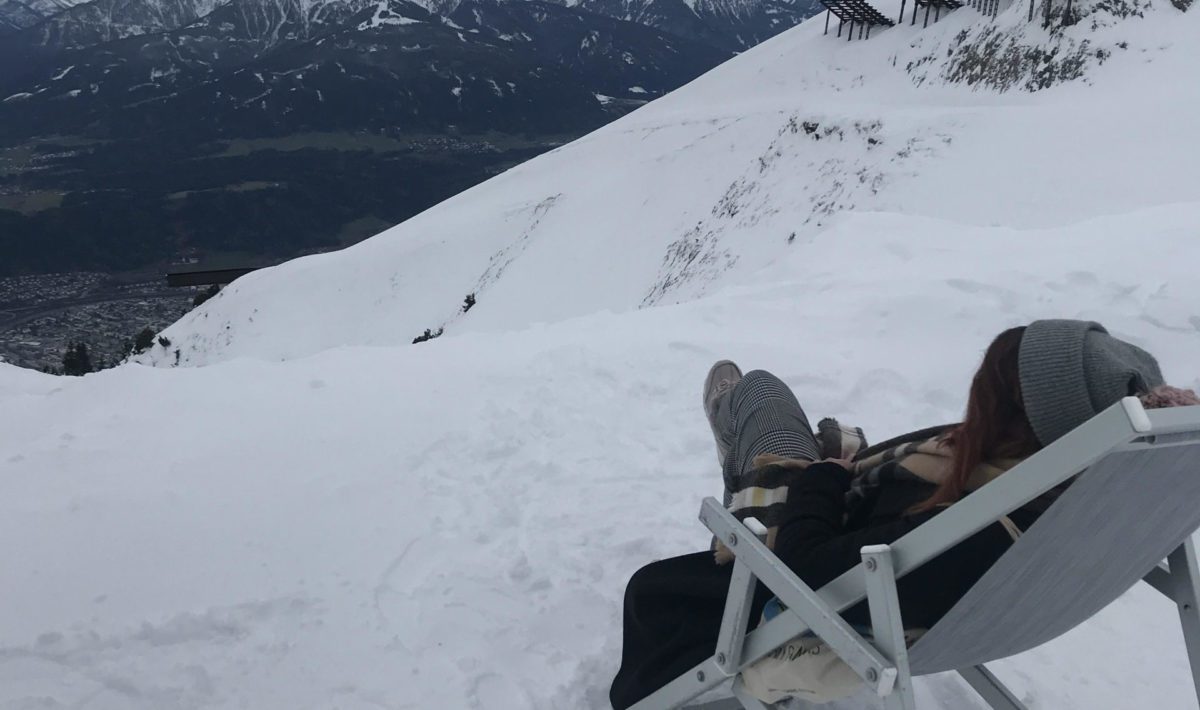 The experience of our volunteer Anastasia

When you say the word  volunteering, some people imagine working without earning anything. I earned so many things during volunteering that you can’t even imagine. Living is not only about existing and earning money. There is so much more out there, through experiences such as the European Solidarity Corps (ESC), you learn a lot about life, gain new skills and experience, learn about Europe and the world, you grow up personally and professionally.

How it all started:

The decision wasn’t easy to make. I quit my job and left my family and friends behind, as I moved to a city I’ve never been before and knew nothing about. Before my departure, I was having cold feet and I wasn’t sure I made the right decision. Mixed feelings of fear and excitement were going through my head. It was a great challenge. Everything was new to me; the city, the people, the working environment, the Tyrolean accent and so on. I packed my things and got on plane to an unknown place on September 2019.

My project was located in Innsbruck, Austria and I was volunteering in a private retirement home for independent, but also people in need of care.  My role as a volunteer was to integrate with the elderly people and become part of their community.  Some of my tasks were working in the psycho-social sector of the residence, as well as in the nursing floors, the kitchen, the café and the restaurant.  Moreover, the residence offered many services for the people (their own hairdresser, cinema, dentist, physiotherapy etc.)  A retirement home, nothing like the ones we are used to in Cyprus.  They offer so much to the people, providing also quality of life. I learnt how to handle geriatric diseases and how to understand their needs.

Through projects like the ESC, among other things, you can learn a new language.  I studied German before, but I wasn’t comfortable speaking and especially in Tyrol, where the accent is difficult to understand even for native German speakers.  That was my first challenge and also a goal to achieve, that by the end of my project I would speak comfortably and be able to follow a conversation in German without too many mistakes.  It was difficult at the beginning, especially when I had to communicate with my target group (the elderly people), as they only spoke dialect, but I managed to achieve my goal.

Once a month a group of us took part in a radio show called: “Talking Europe”, where we discussed various topics and concerns of ours in our countries and in Austria.  We also did other activities together, like skiing, hiking and some excursions, mostly at the beginning of the project before the lockdown and the new measures.

Spending time with the elderly is very fulfilling, I learnt about life, the importance and the values of family.  Apart from personal and professional growth, you also have the fun parts.  Being around other young people, volunteers from different countries and working in different places of the social sector.  You get to be part of an international community. During the project I met many volunteers throughout Europe, I learned new expressions in different languages, the different cultures, how people react to things, what’s common in their countries and at the end how lucky we are to be living in Europe and being able to participate in projects like this one.

It was one of the most beautiful experiences in my life, even with ups and downs, I wouldn’t change it and I would definitely do it again without any second thoughts.  A life changing experience that broadens your horizons, offering you unforgettable memories and beautiful moments.  100% recommended to everyone trying to figure out himself/herself and wanting something meaningful in their life.