The Youth Exchange aimed to create a common space to reflect on visible and invisible borders between communities that divide societies mentally and/or geographically in Europe. To do so, we brought youth together from various backgrounds and facilitated cooperation by creating experiences on a non-related topic which was environmental sustainability.

Forty-one young people joined the youth exchange. The group was very diverse with participants coming from rural areas, different ethnic communities, and cultural backgrounds. Some had videography/photography and social media skills, while others had experience in intercultural education. There were also some young people who were actively involved in environmental initiatives.

All activities were learner-centered and based on non-formal education. This allowed the participants to acquire new skills, learn, share ideas, and respect multiculturalism. By the end of the project, the group learnt more about eco-activism, green-entrepreunership, and the 4 R’s. They also developed their intercultural skills, explored and talked about differences and similarities in their cultures. 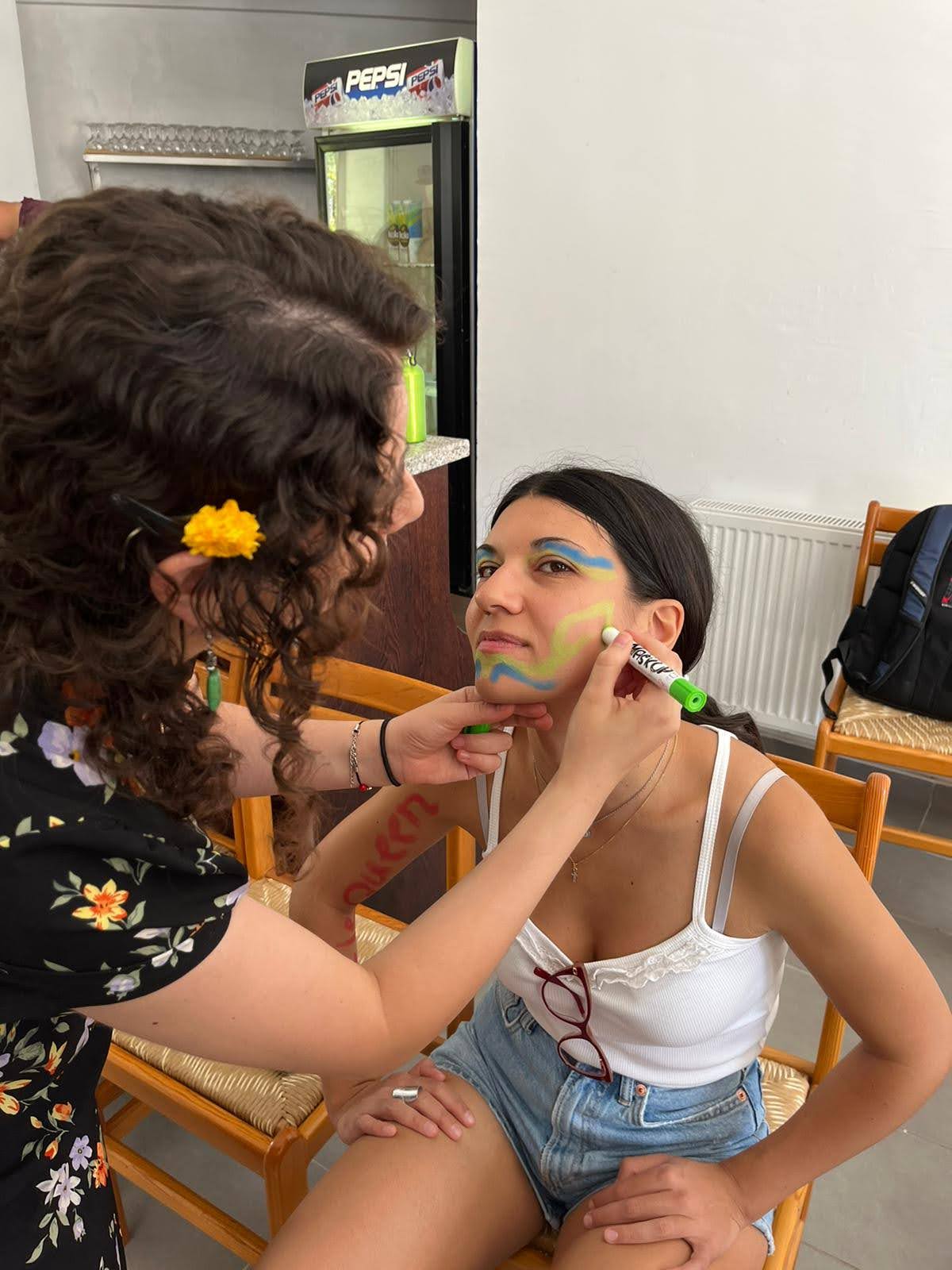 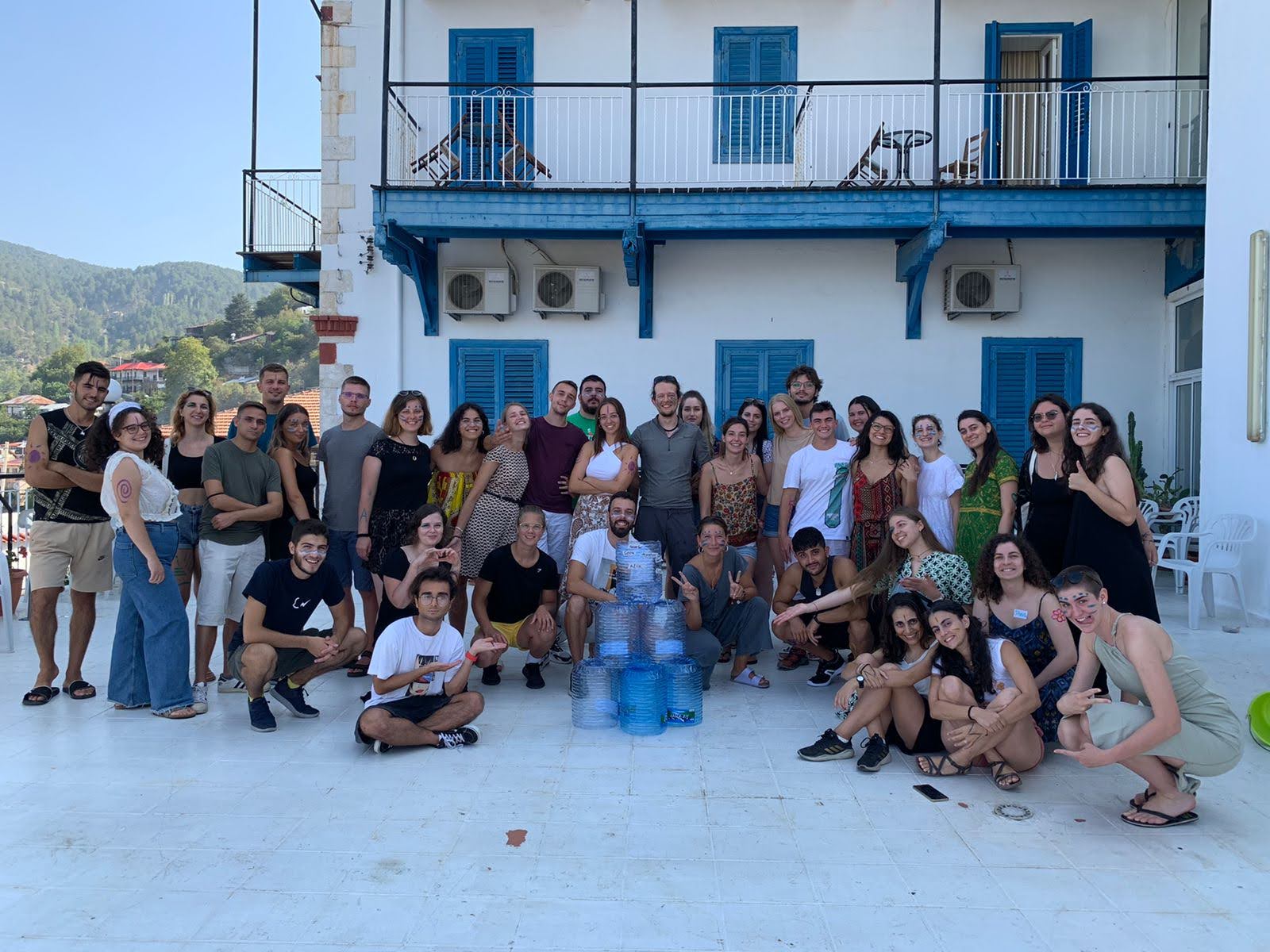 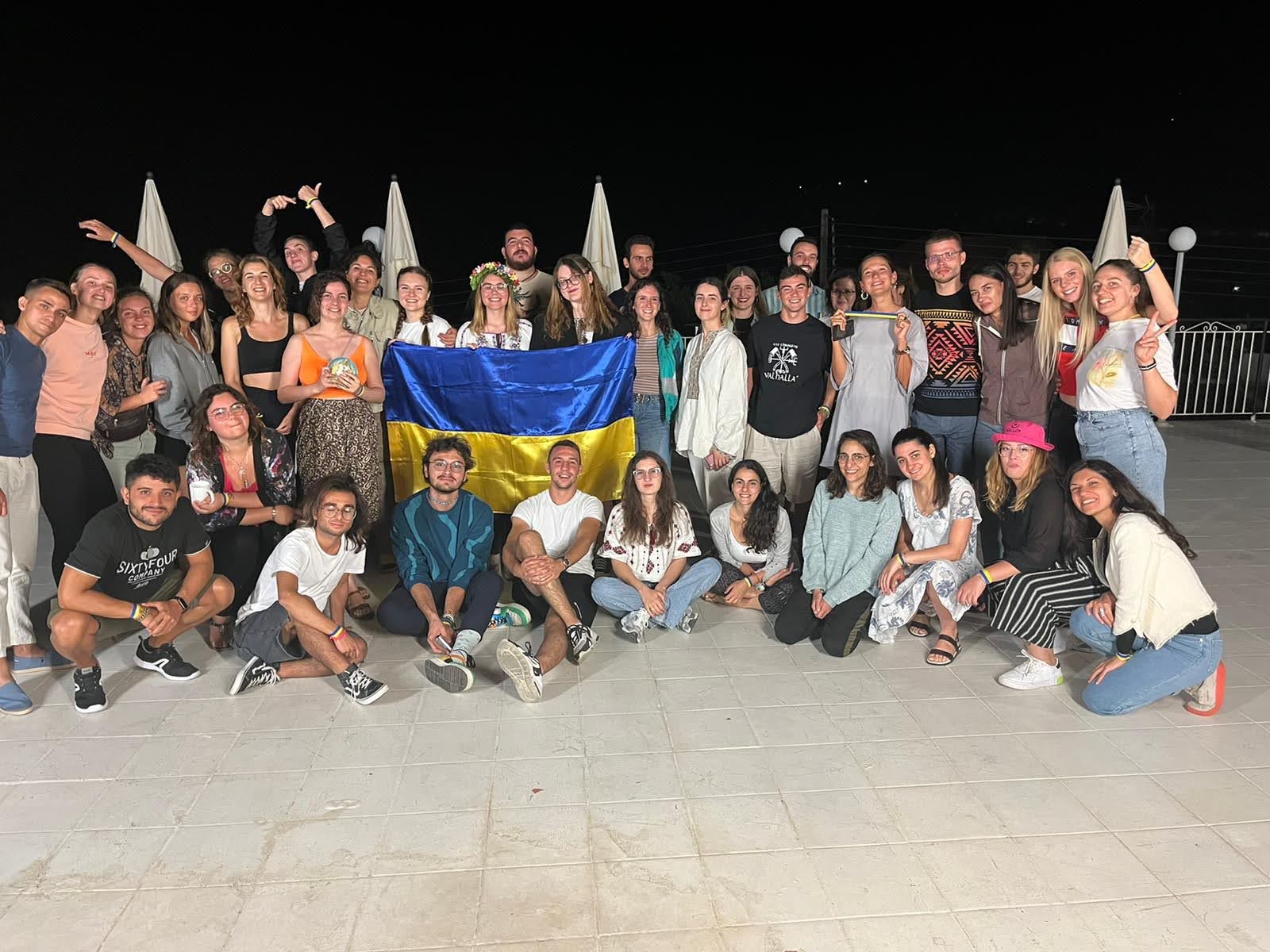 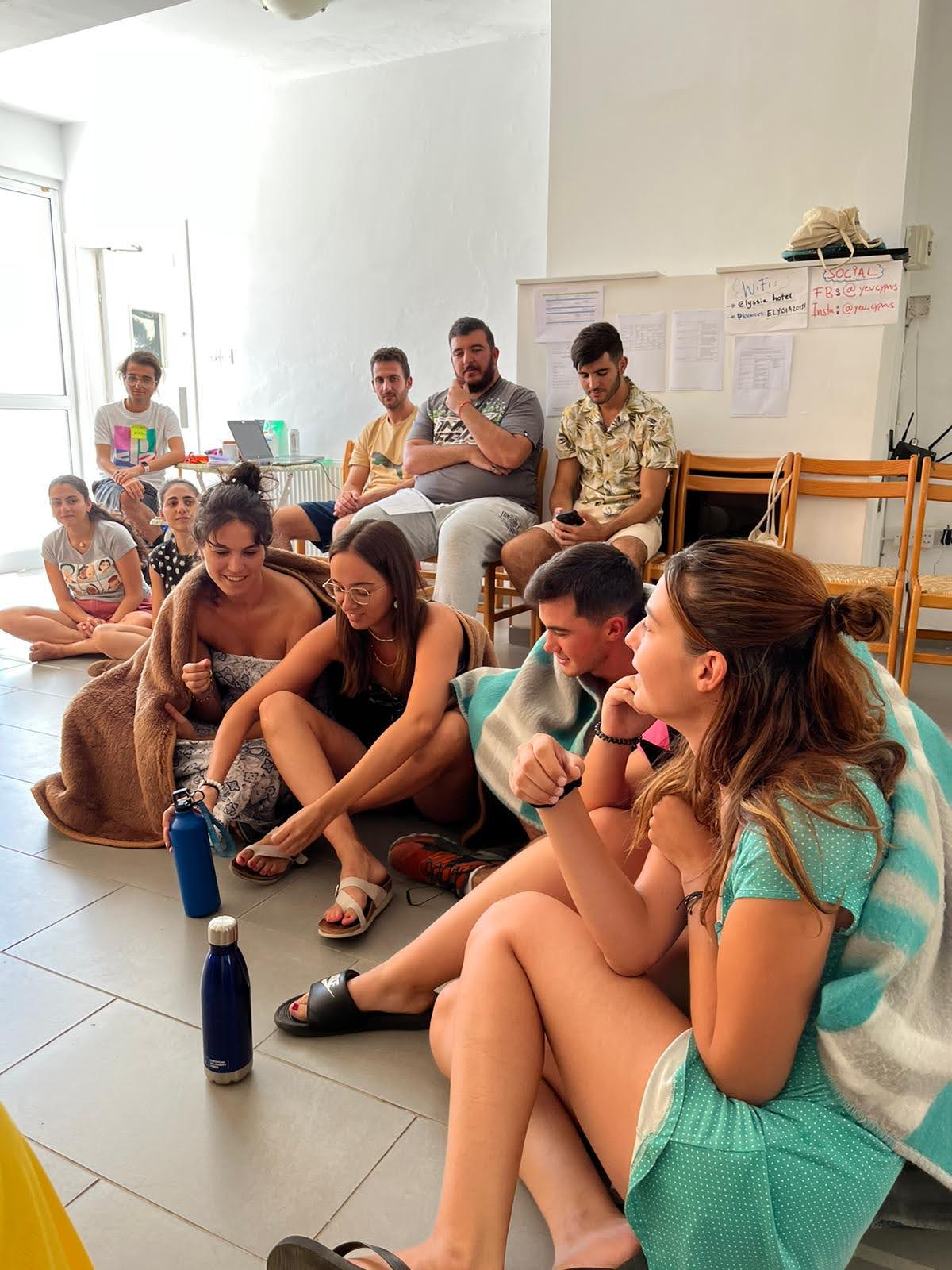 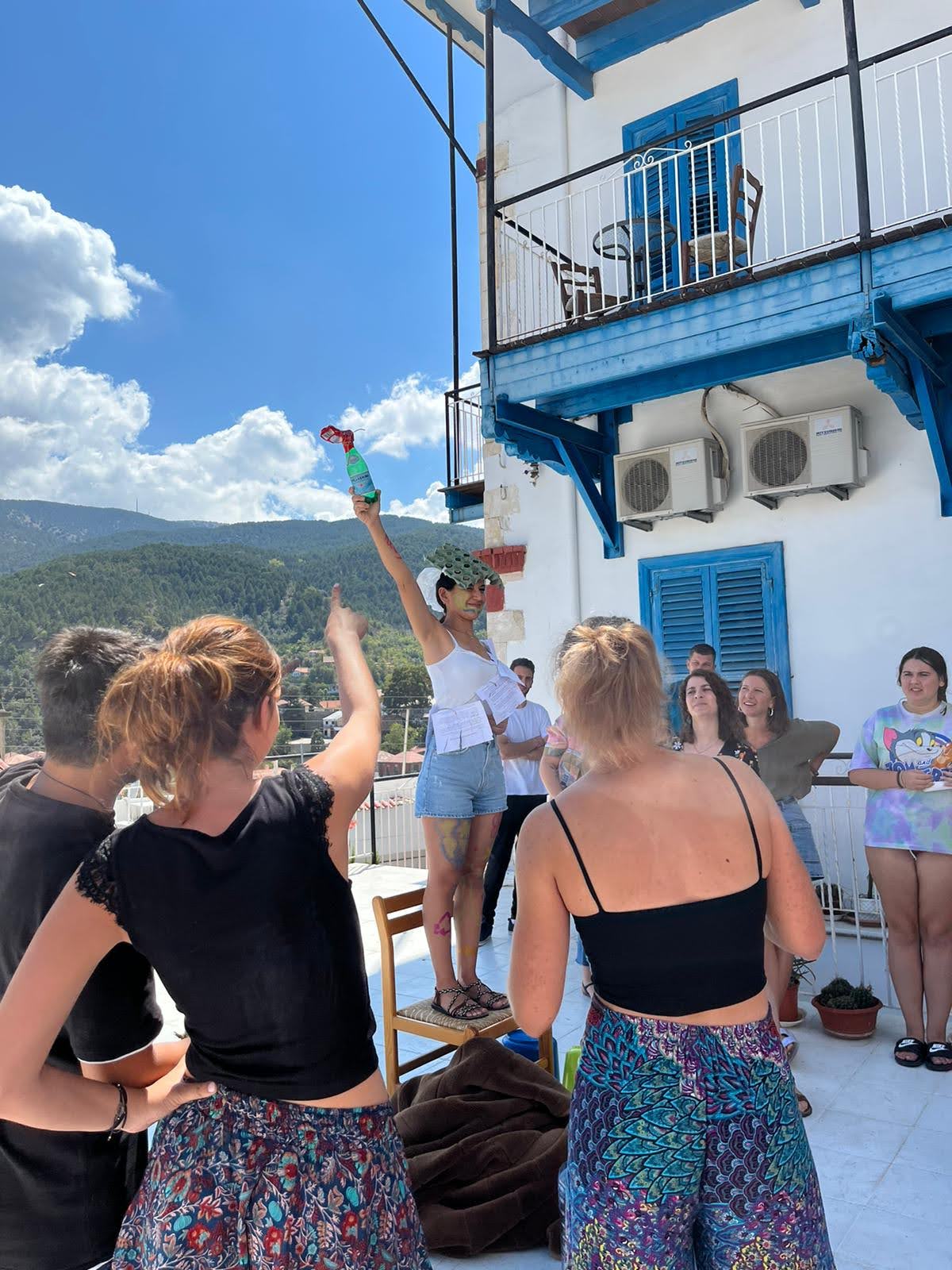 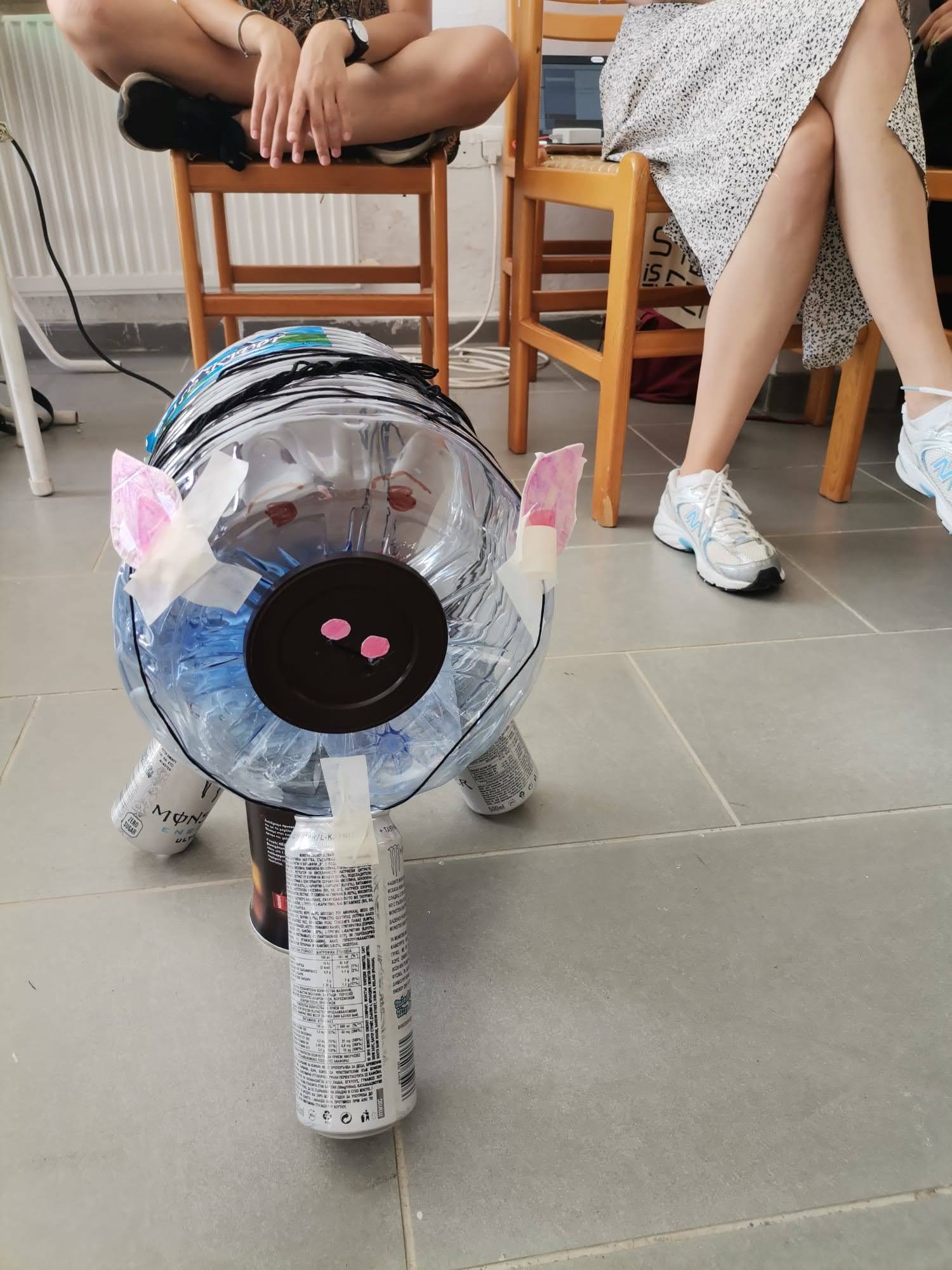 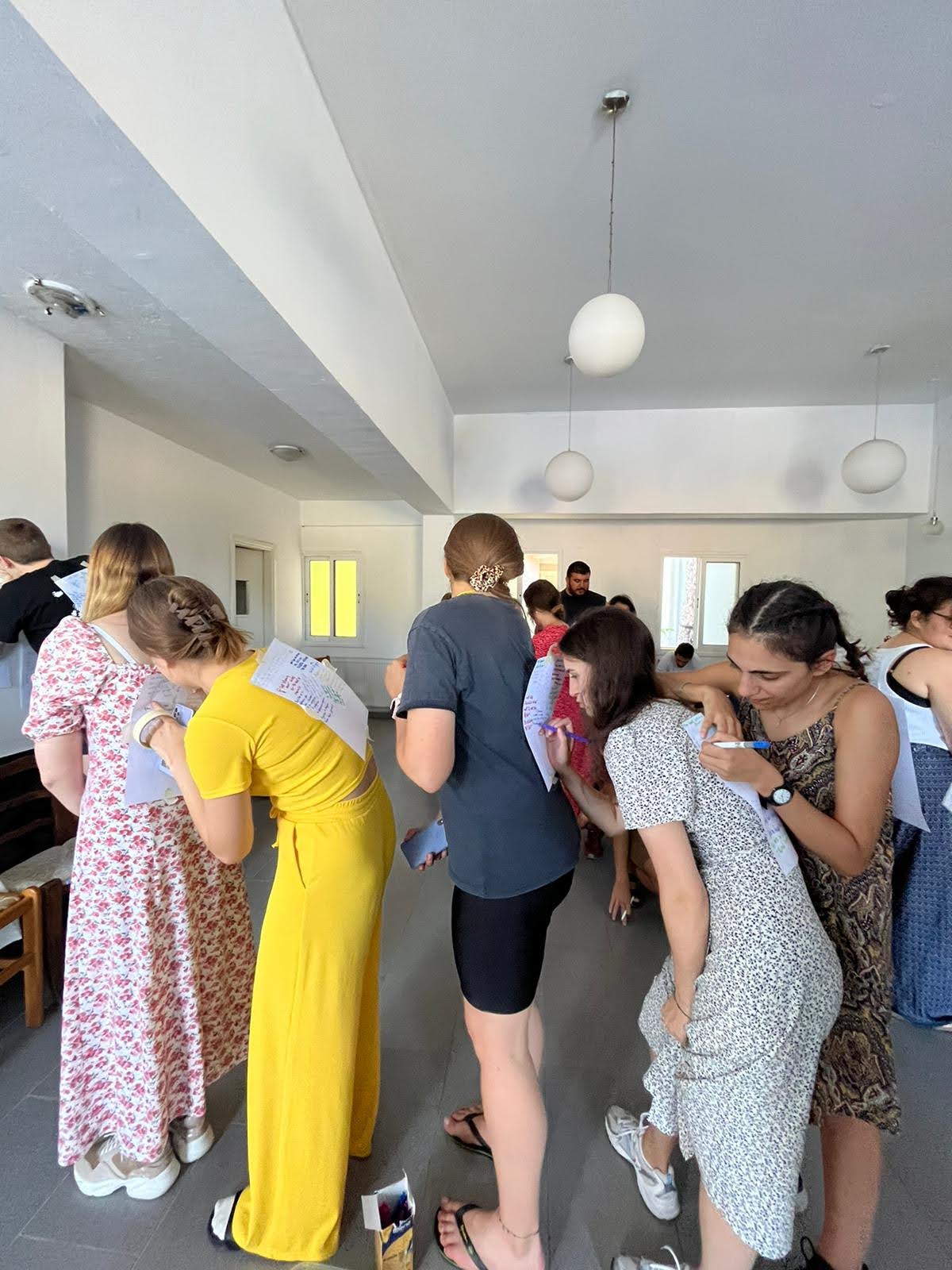 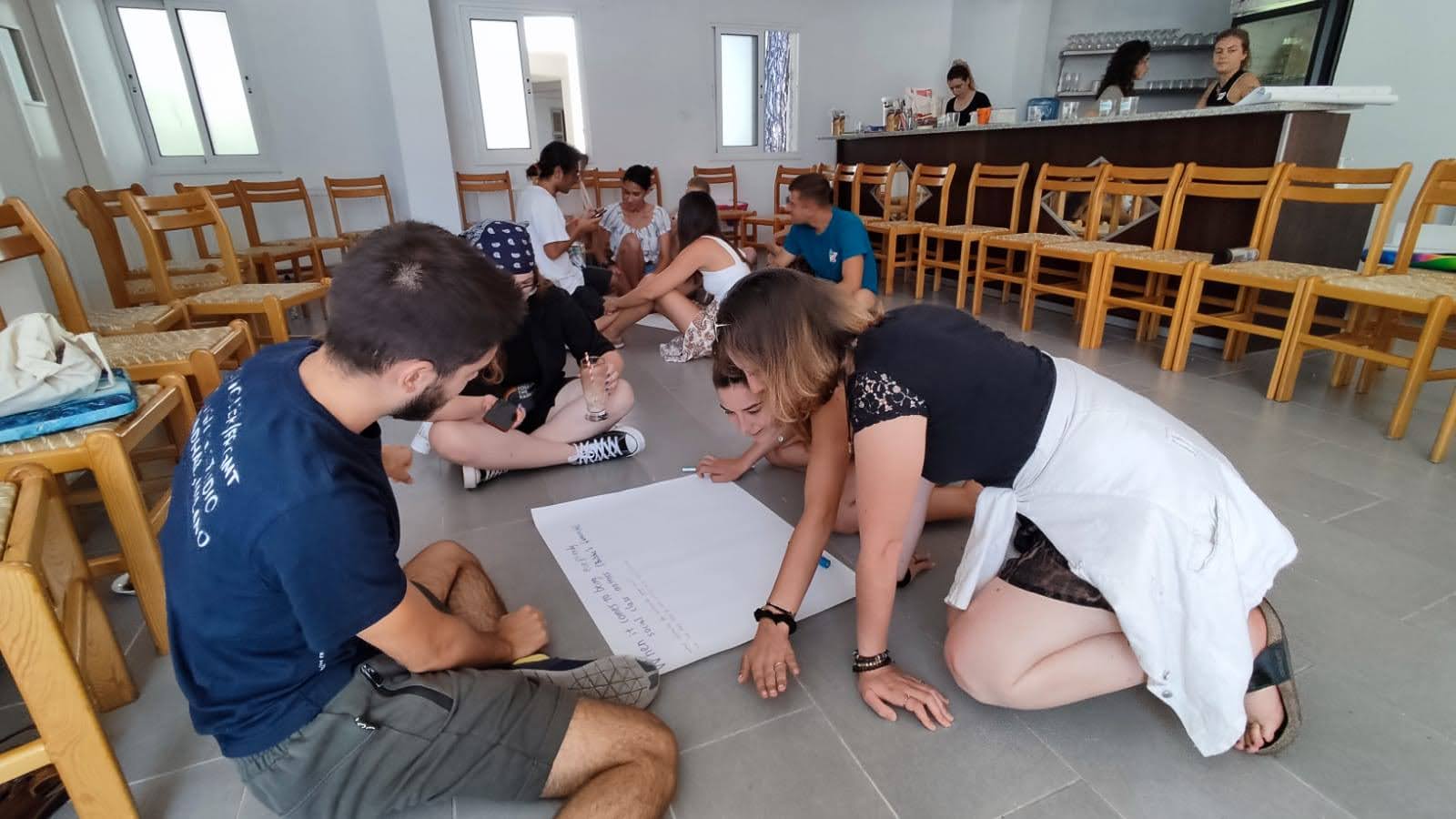 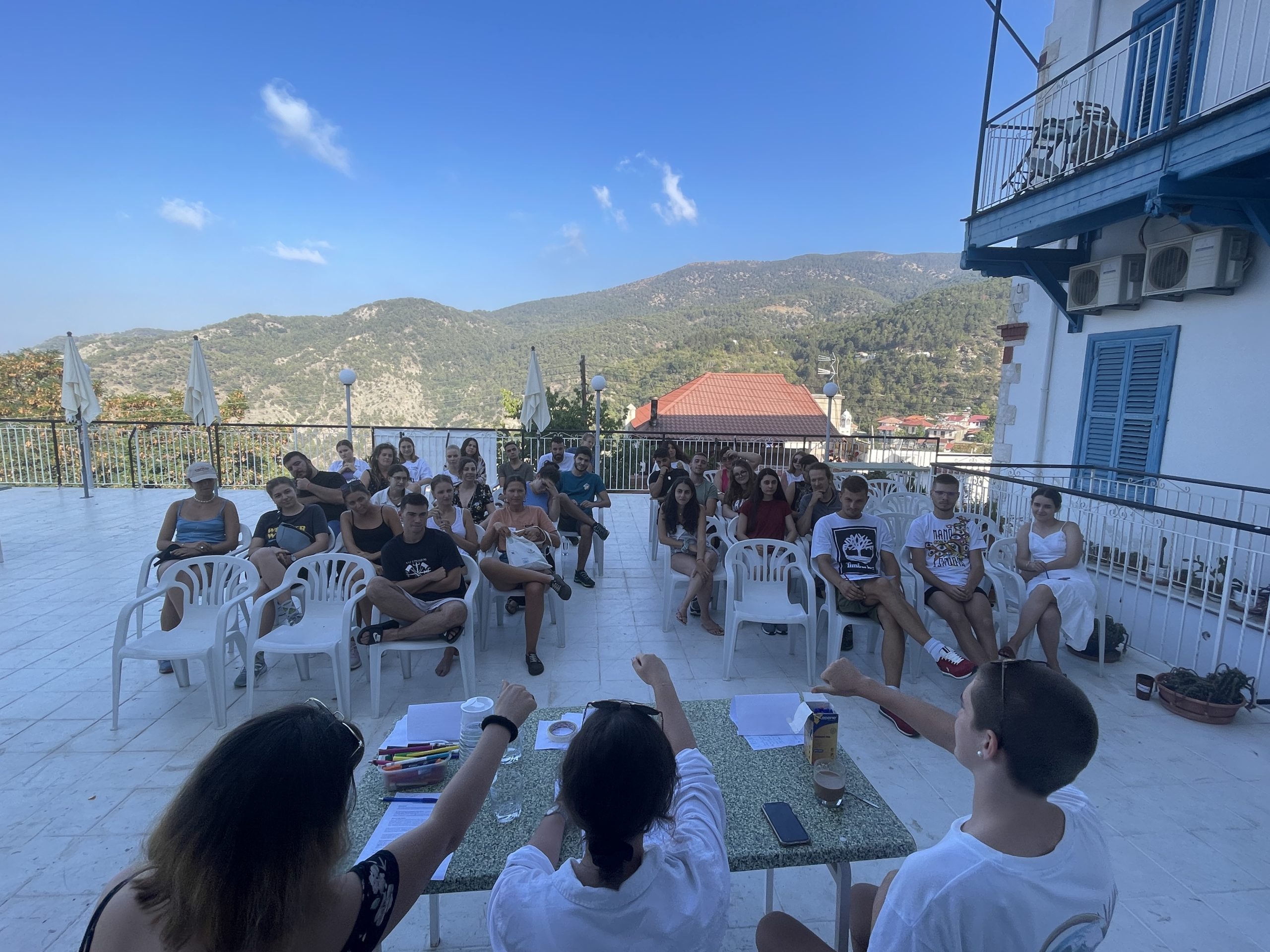 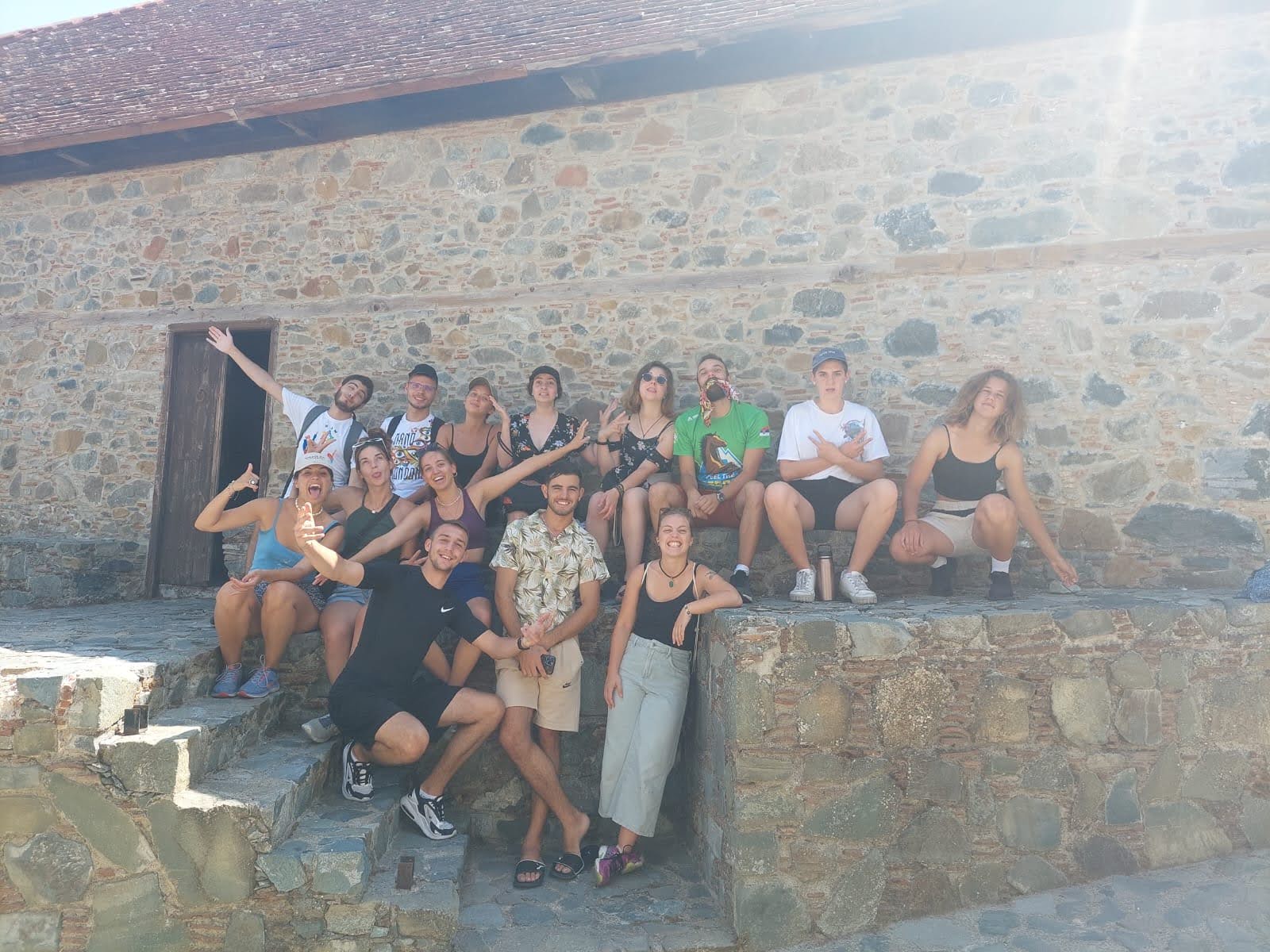 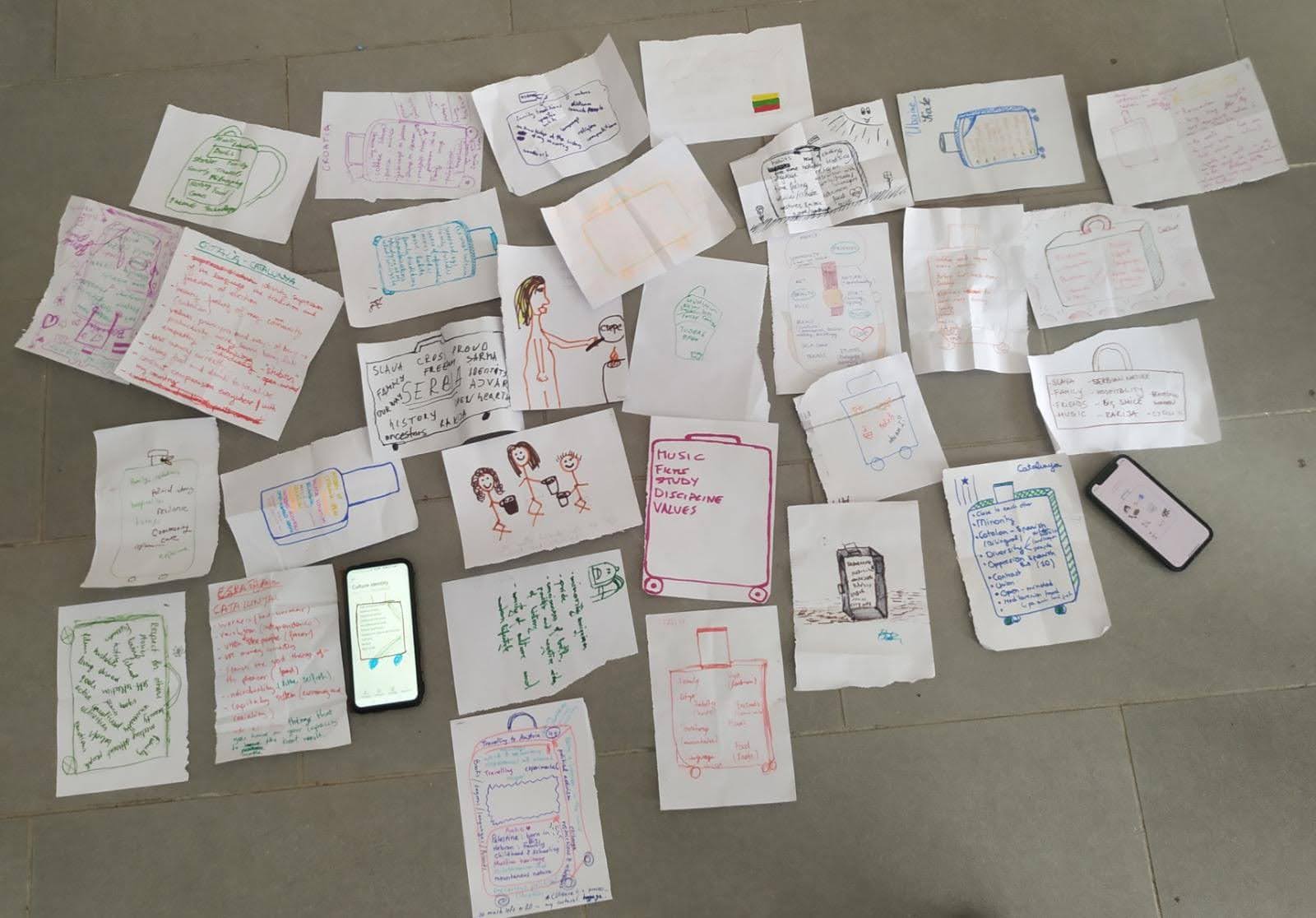 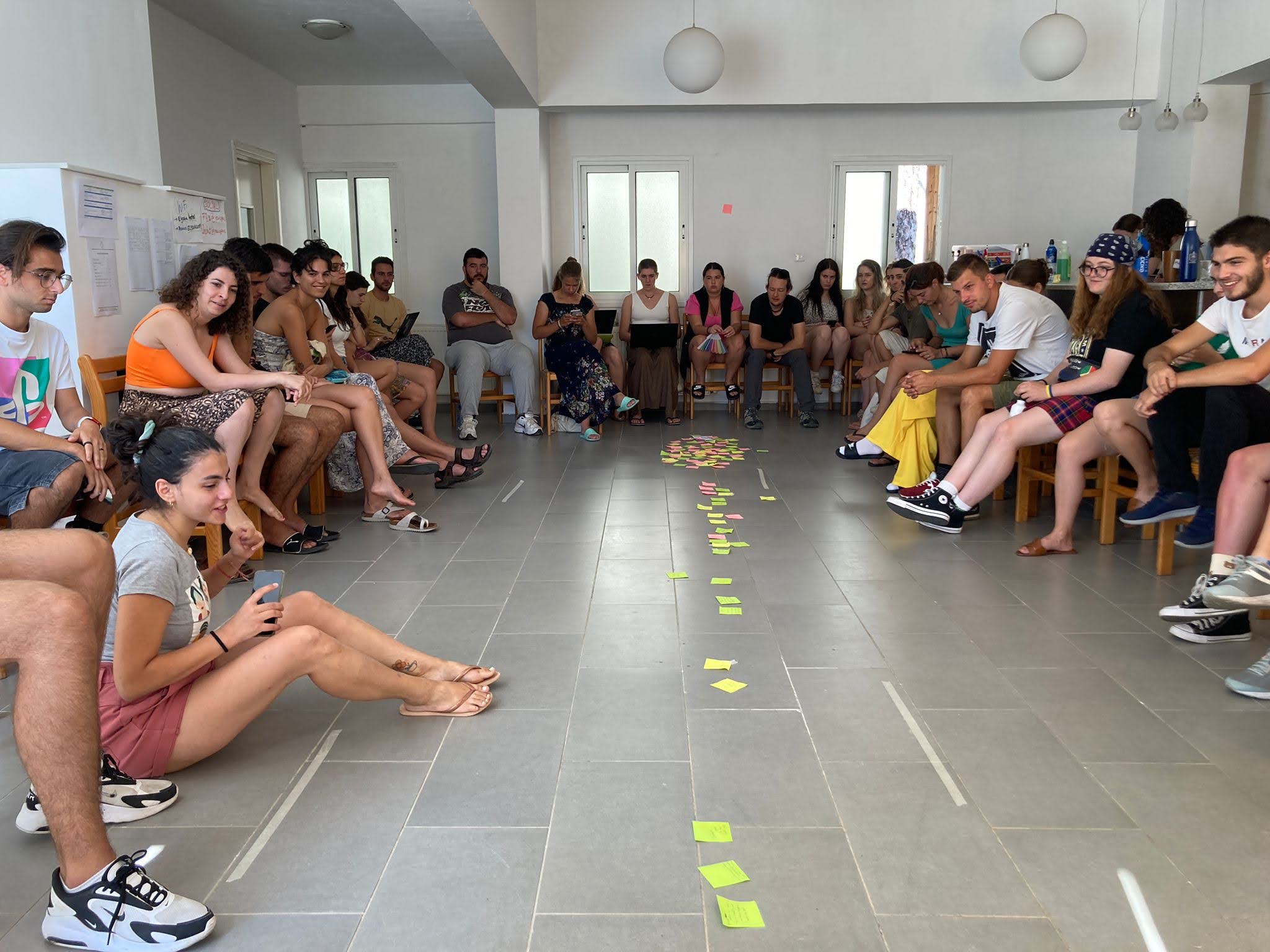 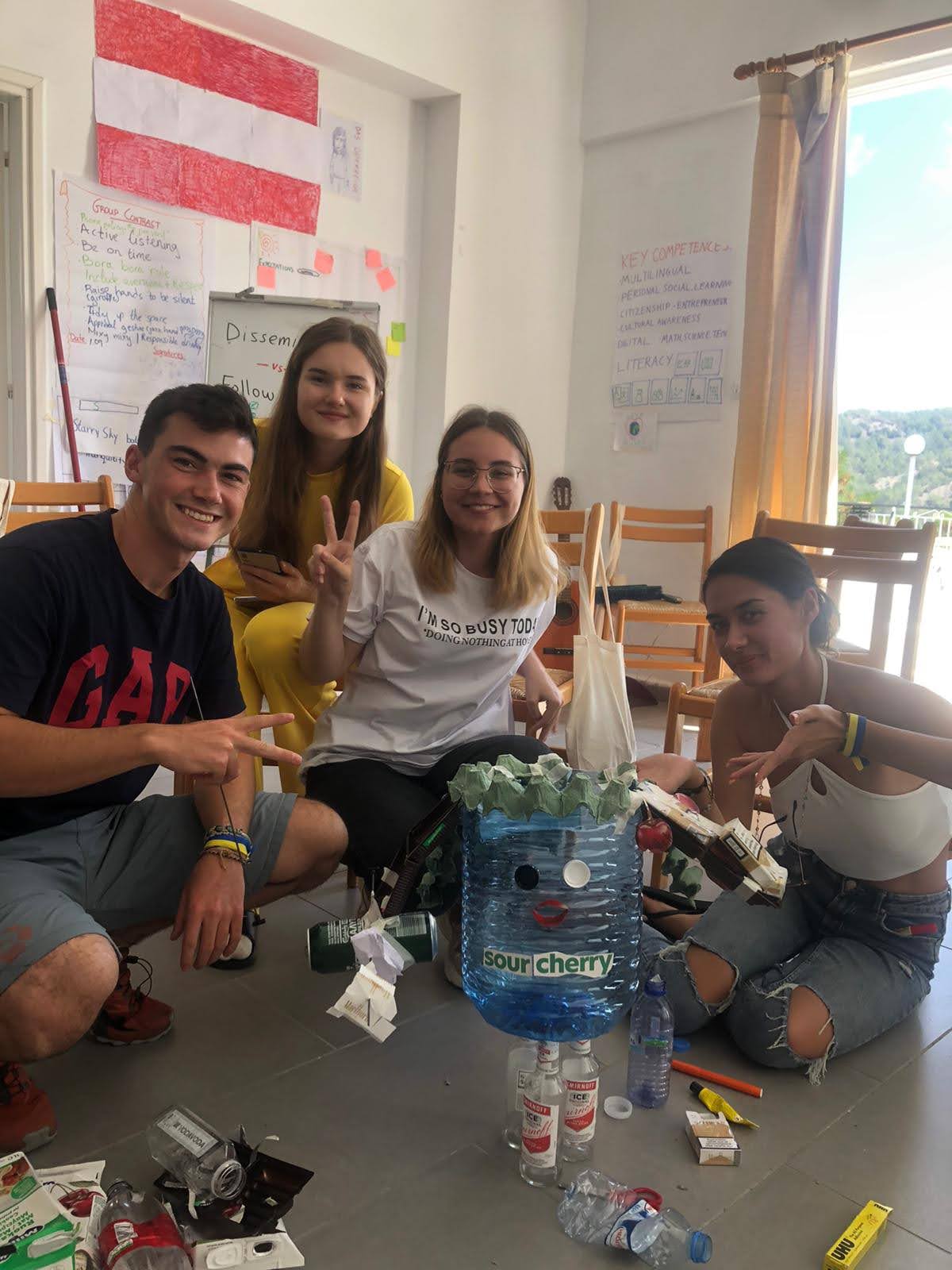 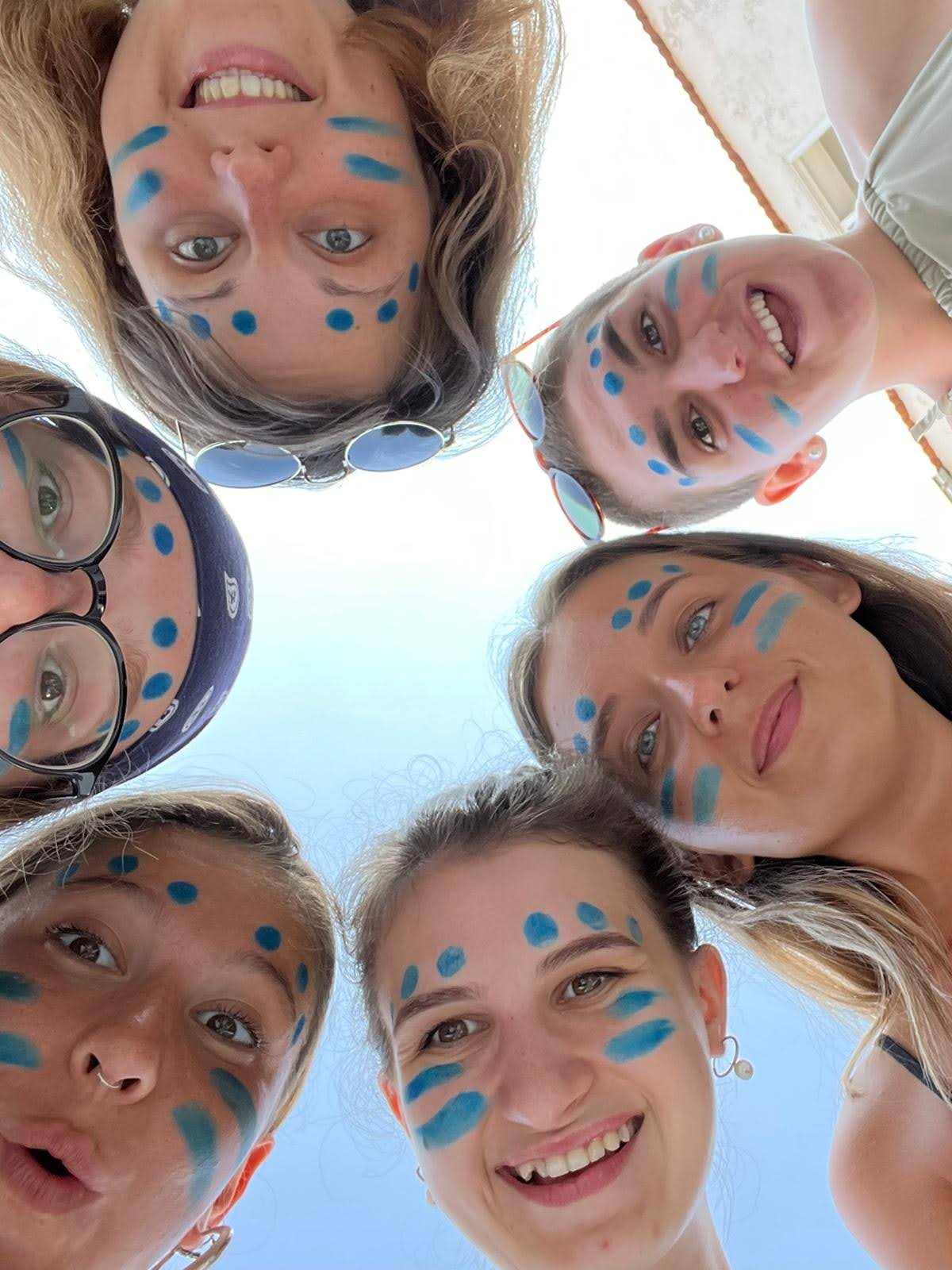 That was the start point for me to go off my comfort zone. It's first step for me to be a better person.

This project inspired me to follow 4’R more in my life. More thinking before buying something or throw things away. Also I became sure that all eco actions that I do in my life is a good choice.

The first day of the Youth Exchange ECO-Together in Cyprus has passed and the participants learned many new skills. Read on to find out about what we did during the first day!

Even though the sun shined so strong that you could barely open your eyes, we managed to remember (almost) all faces. One of the first activities we had was “a truth and a lie“. After that, we had an exciting round of speed dating, where we got to know each other a little bit better. Later, we enjoyed a traditional Cypriot lunch consisting of “gemista” (stuffed vegetables with rice), potatoes, olives, and chicken with beer.

The next activity was about expectations, fears, and contributions. To keep the energy level high, we danced on the terrasse and had to form letters, animals, and other pantomimic gestures. We talked about our group responsibilities, and that is why you have the honor to read this beautiful article right now!

To find out about the Youthpass key competences, we did another activity; Some of us explored the village and took many pictures. To round up the day, a self and group reflection in national teams followed.

After long and good-quality sleep, we started the second day of the project. During the world café activity, we discussed different topics. Some of them were:

Later, we were divided into national teams and talked about the Sustainable Development Goal (SDG) 13, which is about climate action. We shared our countries’ practices, which were all related to CO2 emissions – from fossil fuel combustion to cement production, which are embodied not only in imports but also in fossil fuel exports.

With our national teams, we had to choose the major challenge of our country according to the world statistics of the Sustainable Development Report. Most countries had more or less the same problems – electronic waste, life below water, satisfaction with public transport, etc.
We were introduced to the 4 R’s (reduce, reuse, recycle, refuse) with a very entertaining game. Each mixed-group team represented an island. By answering questions about the 4 R’s, we could provide our islands with water.

After dinner, we had our first intercultural night. Lithuania, Spain, Serbia, and Cyprus presented their country in different ways: they showed videos, prepared some quizzes, taught us some traditional dances, and brought some local food and drinks. In this way, we gained knowledge about each other’s nation through funny games and communication. In conclusion, it was a memorable experience.

Another thrilling day passed and we went to sleep like logs!

The third day of the exchange started with a simulation game on the Ethiopian Grand Renaissance dam. Participants were split into teams representing Sudan, Egypt, Ethiopia, United Nations, African Union, and environmental NGOs.

Together they learned about the issues related to the construction of the dam, which creates massive economic benefits, but also environmental, food security, and regional stability issues. The negotiations and debates were heated, but we kept a positive attitude and everyone improved their negotiation skills, cooperation, and understanding of this kind of issues.

An interesting part of our day was the presentation of cool environmental practices from national teams. We learned a lot about sorting initiatives, clearing forests, reusing things, protecting animals, and much more.

In the evening,  we had an incredible cultural gathering, all participants were able to feel the cultural atmosphere of each country, taste local food, and enjoy dances and songs.

The 4th day of the project came to an end, and it’s time to sum it up!

On the previous day, we agreed to wake up earlier than usual to have breakfast. We ate, packed, and left our town, Pedoulas to visit the capital of Cyprus, Nicosia.

The road to Nicosia took nearly two hours. Someone was sleeping, and someone else was singing, but afterwards, we all got off the bus, and the tour began.

Our tour guide told us a lot about the history of Cyprus and showed us important monuments. One of the most beautiful aspects of the city is its mix of different cultures. For instance, the guide showed us a mosque which was probably built around the 10th century. At first it was a church but later it was modified by Venetians or French (experts can’t be sure so far).

Nicosia gave us very warm memories. We went to bed and felt thankful that we learned more about the complexity of the city and Cyprus in general.

The 5th day of the project began similarly to the first day we had here. We woke up in the morning, had a wonderful breakfast, and gathered in the conference room at 9.30 in the morning.

Just like every day, we gathered in our national groups to have a group reflection about the whole day. We did this by choosing one song, which represents the day, our feelings as well as our mood today.

Thinking about the future, we are looking forward to a hopefully amazing dinner as well as an interesting and inspiring TedX evening, which will be presented by our own, great participants! Definitely the best participants on the whole planet!

We started the first session with an opening up game: being divided into books and readers our task was to either tell a story about us breaking down stereotypes, prejudices or being an active listener. Of course we changed our roles every round and our conversation partners. It was a very intimidating and bounding activity. Then, as always, we were enjoying the coffee break.

We finished the day presenting information about our NGO organizations in a very unusual way: doing a fashion show out of it and afterwards enjoying the late evening singing songs that are popular in our countries and those known worldwide, so everyone could join.
To be tomorrow as present as today, we wish You all a deep sleep and colorful dreams!

Today was the last day of the activities. After an energizer from the Italian team, we had an activity prepared by the Spanish and Serbian team.

So it turns out, until this last day, we had been collecting our recyclable trash such as plastic bottles, paper, and other carton materials (e.g., for milk) for this activity. We took these materials and were divided into groups to make some artworks.

After the coffee break, we were given a little more time to finish the videos we were working on the day before. Then, we sat down and had the opportunity to watch all of them before lunch. They were great!

After lunch, the Italian team spent time explaining more about other Erasmus+ opportunities, such as studying abroad for a semester, or what the YouthPass consists of, as well as the budget and general history of the ongoing program.

After the final reflection and evaluation, we had the opportunity to write goodbye messages to each other, and with that, the Youth Exchange finished. 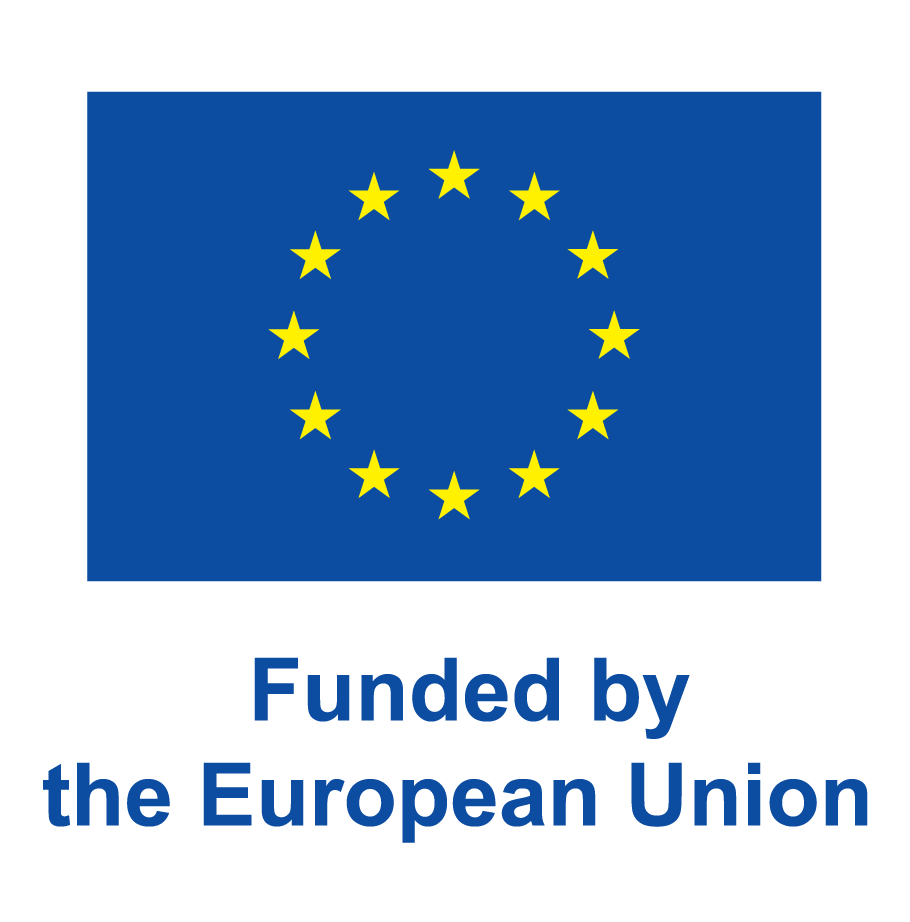 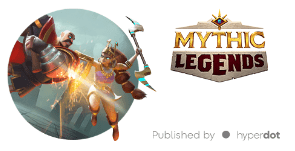